Intro to Whiskey for College Students

Whiskey can often be interpreted as something for a mature audience, but for many, they can be introduced to the world of whiskey right when they turn 21! I'll document my experience learning about whiskey while attending college, and will give tips on how to best enjoy the whiskey community early on! 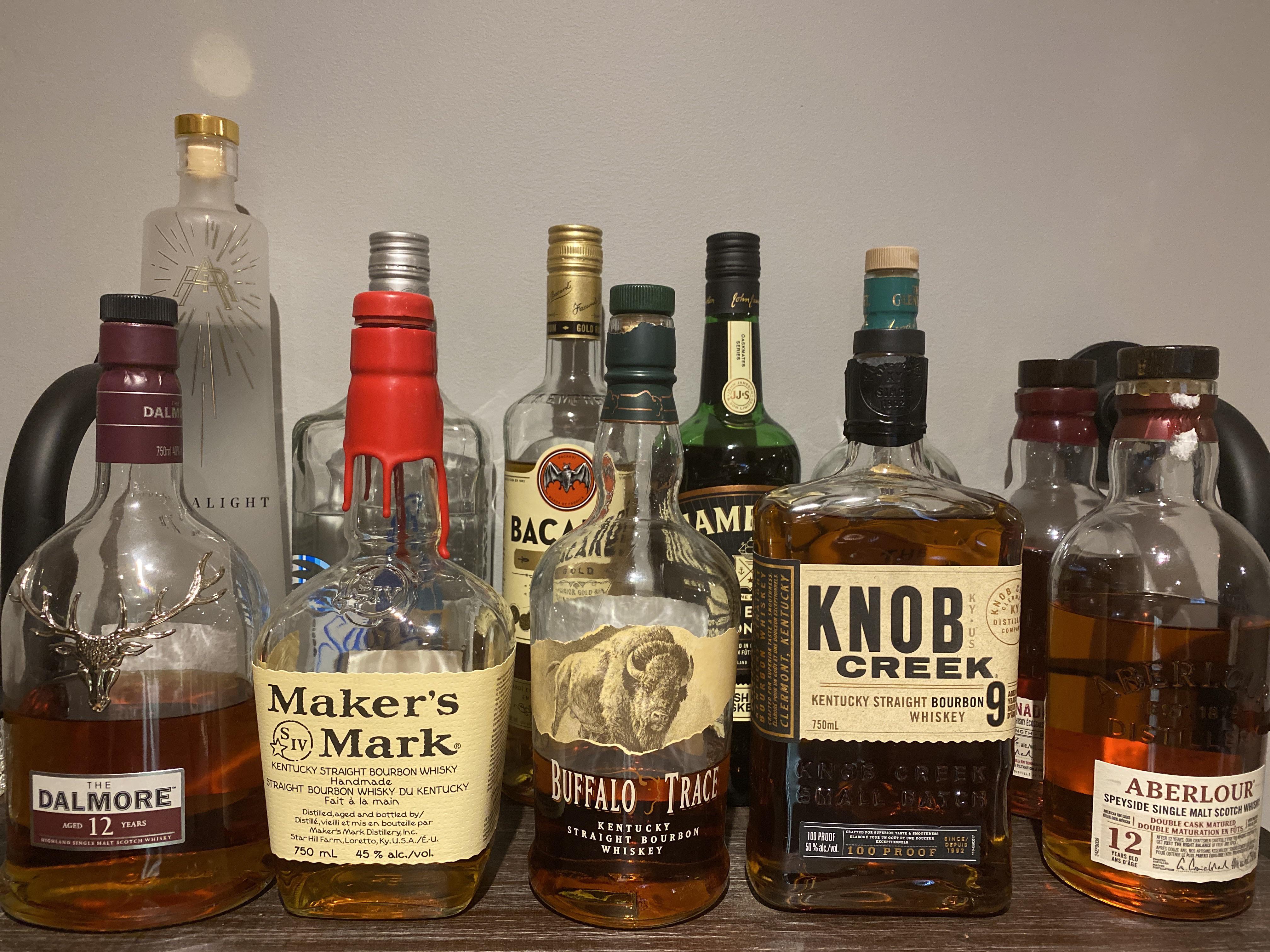 The title may seem confusing, and I really couldn't blame the whiskey enthusiast in you for not associating quality liquor with one's four years in undergraduate school. Whiskey itself is rarely seen in classic college parties, and if so, it tends to be the lowest quality booze money can buy, destined to be mixed with off-brand cola.

But today's post isn't about which well liquor to choose as a freshly-minted 21-year old, but instead to highlight the journey of those looking to enjoy the many things that good whiskey has to offer at the earliest chance they get. We'll go over things like how to experiment with different kinds of whiskeys, some of my personal favorite value whiskeys, and other do's and don'ts that I wish I knew when I was just getting started as well. Cheers!

The crucial first step is recognizing that whiskey is a very general term. Under the umbrella of "whiskey," there are a variety of whiskey types that provide guidelines for how they are made. Things like Bourbon, Scotch, Irish Whiskey, Japanese Whiskey, and much more are all different types of whiskey that all have distinct characteristics.

These early stages of whiskey appreciation are exciting because you get to shop around and pick out different kinds of whiskey and try them at home, evaluating what you like and don't like and furthermore developing your initial preferences. Mini bottles like the ones displayed below are a fantastic way to quickly expand your palate very cheaply. Spending an average of $3 per mini bottle, it's much cheaper than going to a bar or buying a full bottle, a risky move especially if you end up not liking it (I'm speaking from experience here. Mini bottles are at nearly every liquor store, though I've had good luck simply with the collection at Total Wine.

I highly suggest you keep a running list of the different whiskeys that you've tried. Visits to bars and mini bottles will quickly become hard to keep track of. It's as simple as keeping a list in your phone's notepad. First I was only listing the names of which whiskey I had tasted, but soon after I started listing some basic notes and even giving ratings to the ones I liked and disliked. You're not expected to start breaking down the subtle notes of toasted graham cracker and level 4 charred oak, but try to start identifying basic flavors and you'll subtly train your palate to understand the flavors of whiskey.

Your preferences are, well, your preferences. One of the hallmarks of the whiskey community is that everyone has different tastes and interprets their whiskeys differently. If you have a friend that hates Wild Turkey bourbon but loves Monkey Shoulder scotch, great for them! It's always productive to have conversations about whiskey, but don't take someone else's word as law, because your mileage could vary greatly.

Even though I just said that everyone has different experiences with whiskey, that doesn't mean that there aren't certain whiskeys that are more liked than disliked, and vice versa. Knowing some great places to start whiskey-wise is super helpful given the endless number of options when it comes to the whiskey aisle of your local bottle shop.

I have two suggestions in the scotch aisle. The first is Monkey Shoulder, a classic blended scotch that for me has plum and cherry notes that are sweet and smooth. And for $30, it won't hurt on its way to your bar shelf. The second is any peated scotch you can find at a reasonable price, I found the Creag Isle 12 Year at Total Wine to be very reasonably priced in the $30-40 range. It's a polarizing flavor profile but definitely worth a shot if a campfire in a glass sounds like a good time for you.

Bourbons are my personal favorite, so I have a good few recommendations on this front. Wild Turkey 101 is a great way to get started with higher-proof whiskey, a category that is intimidating at first, but attractive to get into as you're experiencing a "truer" version of the whiskey, with less water dilution. For me, it's pretty smooth for a 101 proof whiskey, and leaves a pleasant spice and warmth on the tongue. Woodford Reserve Double Oaked isn't necessarily cheap, hovering around that $50-60 mark, but has a brilliant flavor profile and is widely appreciated. With this bottle you can look forward to chocolate, graham cracker, and stout notes, and I've heard it described as the whiskey version of s'mores.

DO be open-minded. There's so much to explore in the world of whiskey, and much of it is subjective and up to your own experience. Be positive and help others that are curious as well.

DON'T gatekeep the hobby. Every community has their fair share of gatekeepers, and the whiskey community unfortunately has its own as well. Don't become one of those people that shame others for liking ice with their whiskey (after all, that's what Bar & Craft is all about), not exclusively drinking barrel proof bourbon, enjoying scotch, etc.

DON'T fall into the trap of judging a whiskey by its rarity. The recent jump in demand for bourbon has resulted in an entire market for allocated bourbons, bottles that have far less supply than there is demand, resulting in low stock and prices far exceeding MSRP. You can enjoy allocated bourbon, but don't become the person that harasses liquor store employees for not having certain things in stock. And certainly, don't become a flipper of allocated bourbons: this community is about mutually enjoying awesome whiskey, not profit!